Update on the Asian Hornet Outbreak in Woolacombe

Please click the following blue link to view an image of an Asian hornet sighting in Woolacombe hawking in front of beehives.

Following suspect sightings, on Sunday 24th September the NBU received two photographs from a beekeeper in Woolacombe, North Devon, of an Asian hornet. The following day, the 25th September, preliminary surveillance began in the apiary and the NBU’s Contingency Plan was activated. The local Bee Inspector monitored the apiary and initially found surveillance difficult due to the position of the colonies in the apiary. However, that morning, the Inspector managed to capture a hornet and sent the sample to the NBU in Sand Hutton for formal identification. Later that afternoon, the Inspector returned to the apiary site and a further 7 hornets were seen hawking in front of hives, but no line of sight could be ascertained, to establish a flight path back to the nest.

On the 26th September, South West Region inspectors were deployed to intensify searches for Asian hornets hawking in the area. Wet, misty and murky morning weather conditions were not ideal, but the Inspectors continued to survey the original outbreak apiary and two lines of sight were established. Inspectors were able to identify a second apiary site about 1km from the original outbreak, where one hornet was seen hawking for returning foraging bees. A hornet sample was taken, in order to establish if the hornets visiting the second apiary site were from the same nest and thus determine if there were multiple nests in the area.

Hornets were also observed in an apiary at a further site and were seen flying in a similar line of sight. The lines of sight from both the outbreak apiary and the second apiary combined were enough for an initial triangulation to be taken and investigated. The Inspectors began investigating public footpaths and the area around where the lines of sight met at the triangulation. A great deal of Asian hornet activity was observed at a nearby building site and on 27th September an Asian hornet nest was discovered.

The nest was destroyed the following evening, removed and taken to the Fera lab (Sand Hutton, York) on Friday 29th Sept. Further surveillance was carried out within a 10 km zone of the nest site and no further Asian hornet activity was detected. Following analysis of the nest has shown that none of the adult hornets were male and this indicates that the nest was detected and removed before the production of queens which will have gone into winter and then produced nests in 2018.

Additionally, if you are interested in finding out more details of the Tetbury outbreak in 2016, including genetic analysis of the hornets origin, this can be found in the PLoS One publication: Budge GE, Hodgetts J, Jones EP, Ostoja Starzewski JC, Hall J, Tomkies V, et al. (2017) The invasion, provenance and diversity of Vespa velutina Lepeletier (Hymenoptera: Vespidae) in Great Britain. PLoS ONE 12(9): e0185172. https://doi.org/10.1371/journal.pone.0185172. 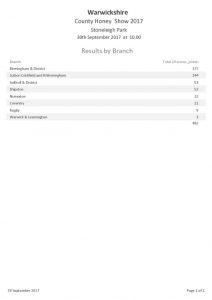 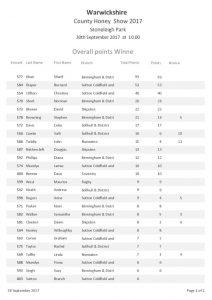 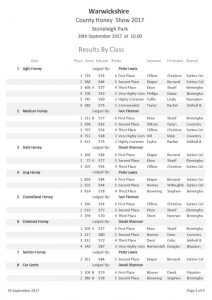 There has been a confirmed finding of Asian hornet north of the Mendip Hills in Somerset. As with the first sighting, work to find, destroy and remove any nests is already underway, and includes:

Bee inspectors in Somerset will be supported by nest disposal experts who will use an approved pesticide to destroy any hornets and remove any nests.

The first Asian hornet confirmed in the UK was discovered in the Tetbury area. A nest in the area has since been found, treated with pesticide and destroyed. No further live Asian hornets have been sighted in the area since the nest was removed.

It is very important that beekeepers remain vigilant and monitor their apiaries and surrounding forage for any Asian hornet activity. At this time of the year, Asian hornets can be seen foraging on the ivy for nectar and preying on other foraging insects for protein.

Traps should also be hung out and closely monitored. When using bait, please refrain from using light beer or lager mixed with sugar as this does not work. In France a Dark beer, mixed with 25ml of strawberry syrup and 25ml of orange liqueur has proven to work well.

Additionally, a protein bait of mashed fish e.g. prawns or trout, diluted to 25% has also proven effective. Anyone wishing to make their own traps may find the following factsheet useful: How to make a homemade Asian hornet monitoring trap.

Any suspected Asian hornet sightings should be reported to alertnonnative@ceh.ac.uk.

If you are not sure, please still send in a sample for ID or report any sightings. When emailing, please include your name, the location of the sighting and if possible, a photograph of the hornet. Please do not put yourself in any danger of getting stung when trying to take a photo.

In some regions of the UK beekeepers have reported excessive use of food stores due to the un-seasonally warm weather. It would be advisable that you check your colonies have adequate stores and add supplements if required. With the weather being quite variable, fondant is the best option not liquid feed.

For those of you thinking about treating your colonies with Oxalic acid, we remind you to only use only approved products Api-bioxal or Oxuvar and to administer the treatment by label instruction only.

Further information about colony feeding and keeping good and accurate medicine records can be found on our website at www.nationalbeeunit.com .

The BBKA Spring Convention – An Armchair Event Thursday Evening 15th April to Sunday 18th April Registration now open. To Register follow this link: https://springconvention.bbka.org.uk/access/register An event for all levels of experience, with a mix …

END_OF_DOCUMENT_TOKEN_TO_BE_REPLACED

WUSAT-3 – Satellite Wildlife Monitoring by Bill Croft Meeting is open to all WBKA Members and will be supplemented with Videos once  they are available. Please register via the Zoom Link or contact …

END_OF_DOCUMENT_TOKEN_TO_BE_REPLACED

BBKA Module Exams The BBKA will be holding the spring Module Exams in electronic form, with online invigilation. Anyone who has already applied and does not want to take the exam online can have their …

END_OF_DOCUMENT_TOKEN_TO_BE_REPLACED

BBKA Spring Convention Feedback  Please leave us feedback on your thoughts on this year's spring convention Click here to give Feedback  [...]

Keynote Address BBKA Spring Convention 2021: Tipping Points and Perceptions It is an understatement to say that humankind faces many challenges many of which are of its own creation. Honey… [...]

FAQ for during the event - Download   If you have registered and not received a link please check your spam or junk mail. Feedback survey FAQ about registration The blue… [...]

The National Bee Centre was opened by HRH Duke of Edinburgh on 5th July 2000 The then President of the BBKA, Michael Badger, and members of Her Majesty's Government were present when… [...]