Our next Warwickshire Beekeepers’ County lecture will be on Wednesday 20 October 7.30pm.

WBKA lecture topic: The Honey Island; Baskets of Bees – an exploration of beekeeping; honey bee folklore within Britain and beyond.

Our speaker will be Chris Park. Chris lives on an organic farm in the Vale of the White Horse where he keeps bees treatment free in an array of different hives.

You will need to register in advance for this webinar. If you have not received the email from the County Secretary with the link please contact her, details below.

After registering, you will receive a confirmation email containing information about joining the webinar. Please don’t share this link as everyone attending needs to register.

If you missed our recent lecture on Himalayan Balsam, or you want to watch it again, go to the Beekeeping Videos section of this website (you’ll need the WBKA Members password). It will only be available for a couple of months.

Any queries please email me secretary@wbka.org.uk.

The Solihull and District Branch of Warwickshire Beekeepers Association is holding their Annual Honey Show and the Dorridge Methodist Church Hall.

Warwickshire Beekeepers County lectures will on Zoom and take place on the third Wednesday of the month at 7.30pm.  If you would like to hear from a particular speaker or have ideas about a bee-related topic please email your branch’s education coordinator or secretary@wbka.org.uk.

Our first lecture will be on Wednesday 15 September 7.30pm

Our speaker will be Dr Rinke Vinkenoog.  He is a Senior Lecturer in the Department of Applied Sciences, Northumbria University. In this lecture Rinke will share his research work on the pollination ecology of the invasive plant species Himalayan Balsam (Impatiens glandulifera).

Dr Vinkenoog was born and raised in the Netherlands.  He studied biology at the University of Amsterdam, did a PhD in Leiden and then came to England to work in Bath on the genetics of seed development. Since 2004 he has worked at Northumbria University in Newcastle upon Tyne, where he studies pollination ecology in and around the Tyne Valley.

To register for this event please see the details in the Members Pages.

Our first actual face-to-face meeting in over a year so we have arranged a BBQ for Shipston members at our normal 2nd Monday meeting place, the Cherrington Arms in Cherrington.

The past year has highlighted to many of us just how essential our local green spaces are, and hedgerows are an oft-overlooked natural treasure. They are wonderful wildlife habitats, provide uplifting greenery and can even help tackle climate change. But to thrive, they need our care and attention.

Join this nationwide celebration and get access to resources, inspiration and activities that we can all do to close the gaps in our urban and rural hedgerows. Save the date and stay tuned to find out how to get involved! The Close the Gap hedgerow programme is funded by the government’s Green Recovery Challenge Fund.

Close the Gap is a new programme focused on achieving bigger, healthier, better-connected hedgerows through planting and ‘gapping up’, gathering and sharing knowledge to improve hedgerow management, improving supplies of future hedgerow trees through local seed nurseries and by engaging the public with our important hedgerow heritage.

The project partners include The Tree Council, Farming & Wildlife Advisory Group, People’s Trust for Endangered Species, Moor Trees, University of Reading, Future Gardeners (Worshipful Company of Gardeners) and Hedgelink. This project is funded by the government’s Green Recovery Challenge Fund, which is being delivered by The National Lottery Heritage Fund in partnership with Natural England and the Environment Agency.

For more information on the Close the Gap programme and National Hedgerow Week, contact claire.mccaffery-clarke@treecouncil.org.uk. 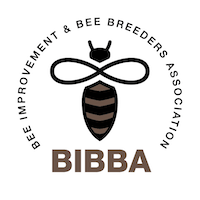 You may watch this event via

Climatic conditions mean that beekeeping can be difficult on the northwestern margins of Europe.  Although the Gulf Stream ensures that winters are generally mild, summer conditions are often cool and damp. The European dark bee, Apis mellifera mellifera, has evolved to cope with these conditions.

Due to such adaptations as a conservative brood-rearing nature, the native honey bee is able to respond rapidly to unpredictable and intermittent honey flows and is very thrifty with regard to stored honey.

The native honey bee also forages and mates at quite low temperatures, and foragers appear to be long lived.  It is generally very docile when pure and can be handled with minimal protection under non-ideal weather conditions.   It is excellent at exploiting late honey flows, such as heather or ivy, and requires little or no winter feeding.  Many of its characteristics can be readily improved via selection.

To optimise honey production, it is important for the beekeeper to consider such management factors as swarm prevention and control, bee health, hive records, colony evaluation and breeding. 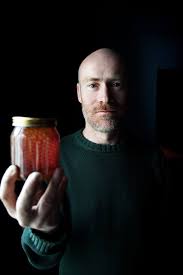 Eoghan Mac Giolla Coda is a commercial beekeeper based on Ireland’s east coast.  As a fourth-generation beekeeper, he learned his craft through helping his father with the famous Galtee black bees of Co. Tipperary.

After settling in Co. Louth, he embarked on his own beekeeping enterprise using local strains of native Irish honey bee (Apis mellifera mellifera).  He manages around 200 colonies, distributed across the county in environments ranging from rolling grassland pastures to areas of flat tillage to the small upland fields and commonage of the Cooley Mountains.

The main sources of honey are white clover, blackberry, sycamore, rosebay willow-herb, bell heather, oil-seed rape and field beans.  The prevailing climate tends to be warm, wet winters and cool, often wet summers, although it is generally drier but cooler than other parts of Ireland.  DNA analysis of dozens of bee samples over the years has revealed purity levels of <99.4%, and Eoghan breeds native queens, mostly for his own use.

He is also involved with Co. Louth BKA’s native honey bee breeding programme and the maintenance of Co. Louth as a voluntary conservation area for the black bee.  Recently, he has begun incorporating data on varroa tolerance into the selection of queens for breeding.

You may watch this webinar via

Do you know of bees living freely in the wild? Help us identify and protect them!

Honey Bee Watch is a global citizen-science study to better understand the traits of survivorship among untreated and free-living colonies. Starting with a UK-based pilot focused on Apis mellifera, it’ll eventually expand into new regions and include all 10+ Apis species. Its aim is to increase scientific knowledge about these species, potentially leading to more sustainable beekeeping practices as well as educational programs and conservation initiatives to engage and inspire the wider public to act locally to protect threatened or endangered populations.

During this webinar, core team members Grace McCormack and Steve Rogenstein will describe the project and explain how beekeepers and concerned citizens all over the UK can participate. 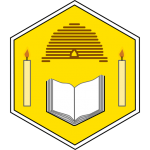 This is a virtual event

Courtney MacInnis is a PhD candidate at the University of Alberta and Agriculture and Agri-Food Canada.  She completed a MSc in Ecology at the University of Alberta in 2017 under the supervision of Drs. Steve Pernal and Andrew Keddie, where she evaluated the viability and infectivity of Nosema ceranae spores in substrates commonly associated with honey bee colonies.  As a PhD student co-supervised by Drs. Steve Pernal and Lien Luong, she is investigating the effects of two emerging parasites, N. ceranae and Lotmaria passim, on honey bee physiology and behaviour.  Courtney is excited about all honey bee parasites and pathogens … except for those with eight legs! 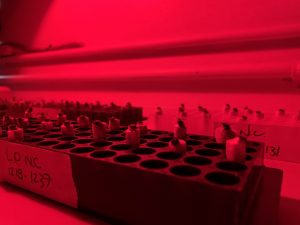 Ready for PER tests

Honey bee health decline is often linked to a number of factors, including the presence of a variety of parasites and pathogens.  In this presentation, I will provide recently updated information on the basic biology of two digestive tract parasites of adult honey bees: the microsporidian parasite Nosema ceranae, and the recently characterized trypanosomatid Lotmaria passim.  The presentation will also include findings from my ongoing research project regarding the effects of these two parasites on honey bee behaviour and physiology! 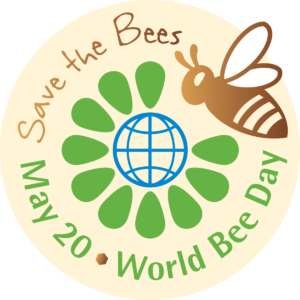 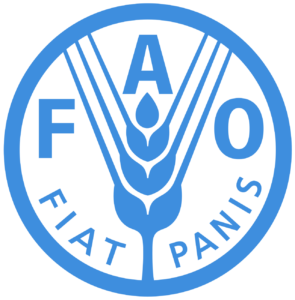 by Food and Agriculture Organization of the United Nations

This is a virtual event

This year, World Bee Day will fall during an exceptional moment in history, where many countries continue to deal with the widespread effects of the COVID-19 pandemic. On the occasion of the fourth observance of this International Day, FAO is organizing a virtual event on 20 May 2021 under the theme “Bee engaged – Build Back Better for Bees”.

The event will call for global cooperation and solidarity to counter the threats posed by the COVID-19 pandemic to food security and agricultural livelihoods alongside prioritizing environmental regeneration and pollinator protection. It will be an occasion to raise awareness of how everyone can make a difference to support, restore and enhance the role of pollinators.

Now is a time to re-think how we relate to nature and pollinators and what actions we can take to support these tiny hard workers and the millions of livelihoods they, in turn, support.

Registration for this event will open in July

Mike Edwards will talk about the Ivy Bee, Colletes hederae

END_OF_DOCUMENT_TOKEN_TO_BE_REPLACED

For those of arranging a Honey Show and needing a Judge here is the link to the list of BBKA Show Judges [...]

Prizes await the best digital photograph in each of the following 3 categories: Wasps or hornets foraging, this does not need to be for nectar or on a flower but… [...]

Asian Hornet Week 2021 6th - 10th September We are asking everyone to be vigilant in looking out for this alien species, the Asian Hornet, Vespa velutina. This hornet could… [...]

September 21, 2021 The next module examination date is 13th November 2021, applications must be submitted online before 30th September 2021. When completing the application form, you will need to select your… [...]